January 24, 2022 In Lifestyle THE VLOGFEST BLOG

When we first came up with the idea for the VlogFest, there were thousands of cities, countries and islands that we could have chosen. We wanted a place that had a deep history, a rich culture and a myriad of activities, experiences and offerings for the intrepid traveller. We also wanted somewhere off the  beaten track which hadn’t been excessively covered by creators and travel influencers already.

For those outside Europe, Malta is perhaps not one of the European hotspots on travellers’ bucket lists. In terms of visitor numbers, it doesn’t rank up there with London, Paris and Barcelona, which each year welcome millions of tourists from all over the world. It is hugely popular amongst European travellers looking for sun and sand but from outside Europe it is not as well known. In fact, some of our vloggers in this edition didn’t have a clue where Malta is, and more significantly how this Meditteranean archipelago has been shaped throughout history through invasion, settlers and war.

We were therefore on a mission to explore every inch of the Maltese islands and so arrived 3 months before the VlogFest launch with our camera, a map and a goal to get under the skin of Malta to find the best spots, the most scenic backdrops and the best experiences. We needed to feel Malta for ourselves… 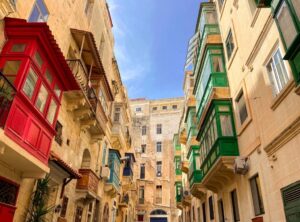 For us, there were 3 elements that sealed Malta as the first destination for the VlogFest. Number one was the capital city, Valletta, a UNESCO Heritage site and European Capital of Culture 2018. The fabric of the city includes a compact ensemble of 320 monuments that encapsulate every aspect of the civil, religious, artistic and military functions of its illustrious founders. These include the 16th century buildings relating to the founding of the Renaissance city, such as the cathedral of St John, the Palace of the Grand Master, the Auberge de Castile et Léon, the Auberge de Provence, the Auberge d’Italie, the Auberge d’Aragon and the Infirmary of the Order and the churches of Our Lady of Victory, St Catherine and il Gesù. And architects of the 18th century such as the Auberge de Bavière, the Church of the Shipwreck of St Paul, the Library and the Manoel Theatre. 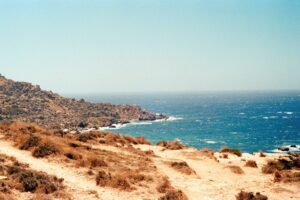 During the VlogFest, Josh (Exploring with Josh) actually managed to gain access to the underground tunnels in Valletta which age back to the time of the Knights and were only discovered relatively recently. Valletta was also one of Haley’s favourite spots. As we shared a Cisk on Merchants’ Street Haley was almost ready to move to the capital city itself, such was she charmed by the architecture, the unique history and the buzz that one gets as soon as one walks through the city gates.